The Suchocki family has been part of Cuyahoga Heights Schools for many years dating back to the very beginning in 1938 when Geraldine Kreger of 4661 East 71st St entered CHHS as a freshman. Four years after her 1942 graduation, Geraldine married Chester Suchocki and moved out of Cuyahoga Heights. When the family returned to East 71stStreet in 1969, their two youngest children, Gregory and Marybeth entered Cuyahoga Heights Schools, graduating in 1971 and 1975 respectively.
In the meantime, Gary Suchocki, Geraldine’s oldest son, had married Kathleen in 1972, and moved to Brooklyn Heights in 1975. Their three children became the third generation of Suchocki students at CHS, and all three attended from Pre-school through graduation, starting in 1981. Karen Ishida graduated in 1995, Andrew graduated in 1997, and John Paul in 2004. Throughout high school, the children were active in soccer, track, orchestra and band. All three represented CHS as members of the Academic Challenge team.During the last 30 years, both Gary and Kathy have been quite active in the schools. Gary served on multiple financial and levy committees from 1985 through 2011. He also participated in the community plays, assisted with student music recitals, and was a guest instructor for the enrichment program. Kathy was active as a PTO parent volunteer with guidance, the gifted program, academic boosters, the music program, and the elementary library. She served on the principal’s Parent Advisory panel in middle and high school and on several special school board exploratory committees. In 1996 Kathy was instrumental in the formation of the CHS Music Booster parent organization. She remained active until 2004, serving as both vice-president and president. From 2003 until 2010 Kathy worked part time as a library aide in the Bahner-Ray media center.Gary has a B.A. in Mathematics Education from John Carroll and a M.Ed. in Educational Media from Kent State. He has spent 11 years in secondary and adult education. In 2014, Gary retired after a career of 31 years in various technical and management positions in Information Technology. Gary has served as a church musician since 1975. He has been involved with the Boy Scouts for over 50 years, including volunteering as Chairman of Pack 28 and Scoutmaster of Troop 28. He has been active in the Brooklyn Heights Men’s Service Club since 1993, and served as its president for six years. He led the effort to establish the 501(c)(3) Brooklyn Heights Service Clubs organization and held the position of president from 1995 through 2002. He was elected to Brooklyn Heights council in 1997, a position he held for eight years.Gary has been a member of the Cuyahoga Heights School Board since January 2012 and is currently serving his second four-year term. He is the Board's Vice-President and is currently a member of the Technology Committee, BEST Strategic Planning Committee, Finance Committee, and Tangible Personal Property Tax Committee. He also serves as the Board's Tax Abatement Review Liaison and as a Communications Forum Liaison. 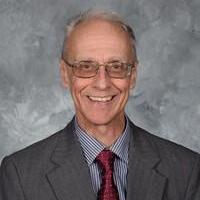