Mark Dobbins was appointed to the Cuyahoga Heights Board of Education effective October 19, 2016 to December 31, 2017.

Mark has resided in the Cuyahoga Heights School District for most of his life and graduated from Cuyahoga Heights High School in 1975, following his brothers, Jim and Jeff.  He and his wife, Pam, have two children, Michael and Stephen, who graduated from CHHS in 2006 and 2008. Like many CHHS graduates, Mark and his children have benefited greatly from the district’s broad curriculum and wide-ranging athletic and academic activities.

Mark earned an accounting degree in 1979 from Cleveland State University and a law degree in 1982 from the Cleveland-Marshall College of Law. He subsequently earned Ohio CPA and law licenses in 1982. Mark was employed as a bank examiner and attorney for 30 years prior to retiring in 2013.

He has served on CHS district finance committees on two occasions and worked on one levy campaign. He also served for many years as treasurer of Brooklyn Heights Home Days, coached his children’s sports teams, and co-managed with Pam a village-sponsored bowling league. Mark is also a past treasurer of the CHHS Alumni Association.

He enjoys pickleball, swimming, and reading in his free time. 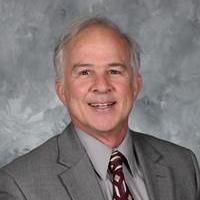