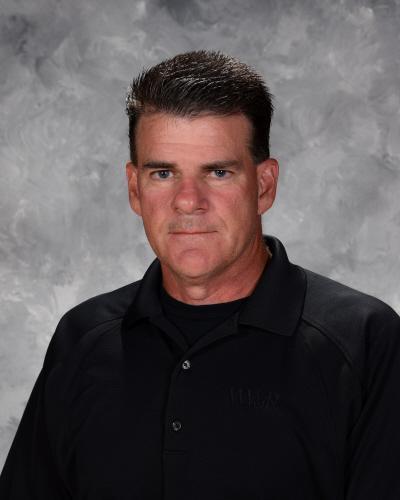 Al Martin is focused on helping students and athletes overcome adversity and reach their goals.

Cuyahoga Heights High School (CHHS) math teacher and Head Coach Al Martin is in the Staff Spotlight for April.  Martin was recognized for his tireless passion as a teacher, coach, colleague, and friend.  “Al Martin goes the extra mile in everything he does and at the same time, pushes everyone to be better while holding himself to the same standard,” said colleague John Shafer who nominated him for this recognition.


Martin has been a teacher for 22 years and a coach for 28 years.  Prior to joining Cuyahoga Heights Schools, he taught middle school math at Shiloh Junior High School in the Parma City Schools from 1996-2000. He has been teaching Algebra I and Algebra II at CHHS since 2000.

He served as the Boys’ Varsity Basketball Coach from 1994-’96, and has been the Girls’ Varsity Basketball coach since 2005.  During his 17-year tenure as Girls’ Head Coach, he earned eight league titles and three appearances in the regional finals.  His current record is 291-109.

“We’re never finished learning,” says Martin, who added that what he most enjoys about being at CHHS is “helping students and athletes overcome adversity and reach their goals.

“On any particular day I have the opportunity to impact the lives of more than 100 students and/or athletes. Each student/athlete has different goals and needs, and obstacles to overcome.  It brings me great joy when I can help any of the students or players I work with achieve their goals or work through some adversity.”

When he is not in the classroom, Martin can be found tutoring students and volunteering  for test preparation. It is not unusual to find him lending a hand in the concession stand or helping community members and alumni. In his spare time, Martin says he enjoys “playing and watching sports and hanging out with my wife, Kathy.”  He and Kathy have been married since 1990 and have three children: Jordan, Taylor, and Alexis.

Martin was recognized by the Cuyahoga Heights Board of Education at the April 27 meeting.