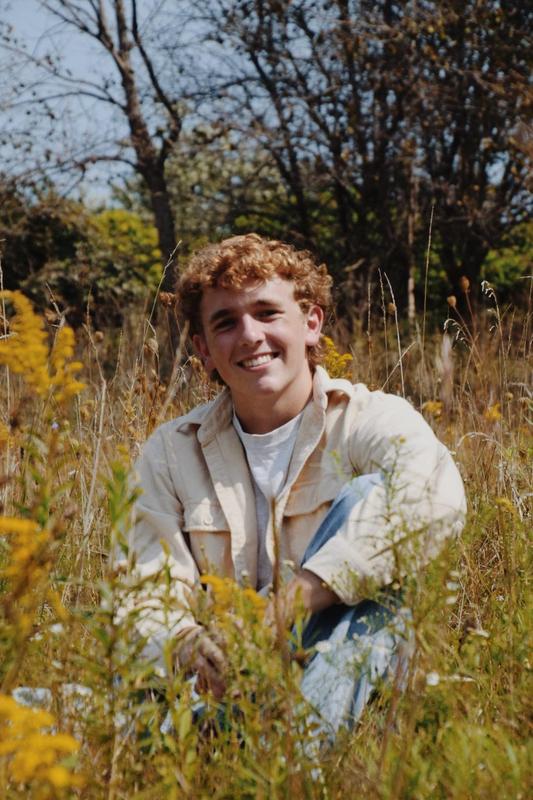 Cuyahoga Heights High School (CHHS) senior Holden Taylor is many things.  He’s homecoming king, senior class president, captain of the basketball team, marching band field commander (he is currently the longest-serving band member having joined in the fifth grade), and a member of the track team and Student Council.

And added to that is his latest achievement -- being named a Semifinalist in the 2022 National Merit Scholarship Program.

“It’s really exciting,” said Holden on becoming a member of this elite group representing less than 1%  or approximately 7,500 of all high school seniors in the country.  Membership is determined by performance on the 2020 Preliminary SAT/National Merit Scholarship Qualifying Test (PSAT/NMSQT) as well as leadership abilities, honors and awards, and participation in school and community activities. As a Semifinalist, Holden is eligible to win scholarships from a pool of nearly $30 million dollars that will be offered next spring.

“It’s nice to know that the hard work I’m doing is now paying off,” remarked Holden about his latest accomplishment.  “It’s cool to be recognized this way.”  Holden, who has attended the Cuyahoga Heights Local Schools since kindergarten, hopes to take advantage of these scholarship opportunities as he considers attending Dartmouth College, Boston College or Colgate University. He plans to study environmental science and work for a park service in the area of conservation.

In preparation for his future studies, Holden volunteers at the Cleveland Metroparks Zoo where his mother, Dr. Kristen Lukas, is director of Conservation and Science. A member of the Metroparks Zoo Crew, he helps to educate visitors about the zoo’s animal residents, including their lifestyles and feeding habits. Through his zoo affiliation, he is learning about invasive plants currently affecting the zoo’s various habitats. He also participates in beach cleanups on Lake Erie’s shores.

In addition, Holden enjoys composing music.  The marching band has performed some of his original works while cheering on the team at football games.  “I like to make music for my girlfriend,” adds Holden who plays it on his guitar.

Holden’s father is Corey Taylor, fifth-grade math teacher at Cuyahoga Heights Elementary School. His older brother, Henley, just graduated from Columbia University, and his younger brother, Hyatt, is a junior at CHHS.  Rounding out the Taylor-Lucas family are the two dogs, Tucker, a beagle-bulldog mix, and Clara, a bulldog mix.